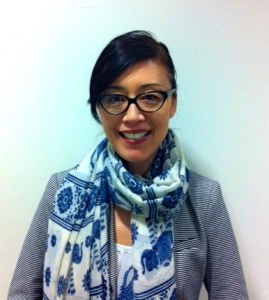 To follow up on my previous article, I would like to write about the impact of DV on children.

As noted in my previous article, in homes where DV occurs, the victim is a mother, the abuse she experiences impacts her physical and mental health, and she is often traumatized by her adverse experience. Children living with DV are also greatly affected by their exposure to violence in their homes, because their needs for safety, stability, and consistency that children require are threatened. If children see, hear or later learn about their mothers being abused by their partners, it is said that such experience endangers children’s sense of stability and security that is crucial for healthy child development. Children can be exposed to DV even when parents are not living together such as following a separation or during visitation.

The following are alarming facts about the effects of DV on children:

A finding from a study also states that the effects of children’s exposures to DV are very similar to the adverse effects experienced by those children who have been abused. According to the RCMP, a child who witnesses spousal violence is experiencing a form of child abuse because witnessing family violence is as harmful as experiencing it directly. Therefore, children’s exposure to DV is now recognized as another type of child abuse and neglect. In 2004 the Child Protection Act in Japan also defined it in the same way.

While not all children who witness DV suffer direct physical abuse, they frequently develop long-term behavioural and psychological problems.  Exposure to DV not only affects children and adolescents’ psychological, social, emotional and behavioural wellbeing but their brain development and ability to learn as well.

Adapted from A handbook for health and social service providers and educators on children exposed to woman abuse/family violence, Ottawa: Health Canada, 1999.

What should be done to better protect children from adverse effects of domestic violence and what should be done to support children who are exposed to such violence? Children need a safe and secure home environment, and they should feel that their mothers are also protected.  Children also need a sense of routine and normalcy of going to school and participating in different activities that are essential for their development and well-being.  If violence is happening at home, children should be moved to a safe and supportive environment.  This could be a family shelter, if the family does not have extended families or supportive networks nearby. It is also important to remember that children also benefit greatly if the abused mothers receive appropriate support and care. Therefore, the mother seeking appropriate support is crucial not just for herself, but for her children as well.

Some children exposed to DV do not become victims or abusers because they know that violence is wrong.  They try to stop violence, by sometimes actively trying to protect their mothers, and sometimes trying to get help from the outside home. It has been said that children who have close and dependable relationships with adult figures cope better with violence at home because they know that they are not alone and that the violence is not their fault.  Children need to learn that DV is wrong, and they need to learn how to resolve conflicts non-violently by developing positive attitudes and values. They also need the opportunity to be nurtured by alternative role models along with attending programs focusing on reducing aggression and violence and facilitating healthy conflict resolution.

The following video captures the essence of children who witnessing DV at home:
Video:  “Monsters in the Closet – Domestic Violence from a Child’s View”
https://www.youtube.com/watch?v=LbRba9XHKKw

If you would like to help children who might be exposed to violence at home, tell them to call for help; seek a place of safety outside the home if there is danger inside the home; talk to a trustworthy adult who could be a neighbour, teacher, social worker, or anyone who can be trusted.

To find other CAS agencies in other regions:
http://www.oacas.org/childwelfare/locate.htm

“Behind Closed Doors, The impact of Domestic Violence on Children,” Stop Violence in the Home, The Body Shop International and UNICEF.

The 2nd Dementia Supporter Training
Social Work and I