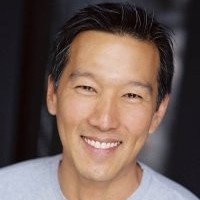 Winter in the GTA has been relatively light compared to years past. Hopefully I have not spoken too soon, but for us the end of last year was one for which we are truly thankful.

On behalf of the board, staff, volunteers and clients and users of our services I must acknowledge the generosity of so many supporters who came out in full force over the holidays at the end of 2019. I am somewhat reminded of the 1950s American film “It’s a Wonderful Life” which is played on televisions in North America every Christmas season. In the movie, the main character goes through an extreme low point both financially and spiritually. At the movie’s end he is rescued with words of support and financial gifts by all of the friends and community whom he previously thought had forgotten him. Although I would never be able to feel forgotten by all of the supporters of JSS our Treasurer was not giving us a lot of good news to close out the year. However, as I hinted at earlier on, by year’s end we had so much to be thankful for.

First the Frank Hori Foundation which made a very large last minute “donation” at the behest of its Board of Trustees came at a time when our reserves were approaching critical levels. At near the same time our longtime supporter/ former board member and Fundraising Chair Junko and husband Sam Yamamoto made an unexpected matching gift. In typical classy style I was told she walked into the office unannounced greeted the staff and volunteers at the office and then dropped off the cheque with no fanfare or expectation. And of course we would be remiss if we did not gratefully acknowledge the donation from the Nelson Arthur Hyland Foundation.

On top of the above great news the Joy of Christmas Concert, an event put on and performed by a large number of Japanese Churches in the GTA, more than doubled last year’s donation to JSS thanks to the hard work and dedication of organizer Pastor Kevin Ueda and longtime volunteer and supporter Susan who organized a bake sale to accompany the concert. A lot of the attendees and donors are people I know to be on fixed incomes and not rich by any means so our sense of gratitude is truly immense.

We also received surprisingly generous donations from JETAA and JAVA, the latter closing its doors last year and taking what was left in its treasury for the benefit of JSS. I am so grateful to the above two mentioned organizations since they are made up of mainly younger people. So when people say that young people don’t care about community or are self-centered, I have no idea what they are talking about. And I have the cheques to prove it. Other churches and individuals have also opened their wallets this season but it would take much too much space to thank everyone here. Honestly, one donor gave us a thousand dollars for our Holiday Drive, a program whereby volunteers deliver gifts and food items to isolated community members and seniors that have been donated at various bins displayed in community centers and churches.

Finally I would like to thank the JSS staff. Last year I made the rather difficult decision to cut staff hours and cut back operations to the bare bones so to speak even reducing office space. The changes were handled smoothly as possible and without harsh words or recrimination. I really appreciate that and realize the extraordinary effort it took to carry out the sudden transition. No complaint has been received about any of their work from any client volunteer or user to my knowledge; just appreciation. And given the previous good news I reported above, much can be said for the community’s appreciation as well.

On behalf of all of us at JSS may all of you have a safe and prosperous new year. And again much thanks and hope for your continued support.

JSS Board of Directors: A Snapshot of What’s on our Agenda
JSS Craft Club Schedule –February

As of April 3, 2017, some of our email addresses will change, please click here to view our newStaff & Program Email Directory