You are here: Home › Healthy Eats: Guide For Selecting Seasonal Ingredients and Tips For Assembling An Appetizing Spread
2015-11-22 in JSS Newsletter Vol. 3 No. 4 November 2015, 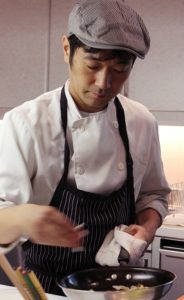 It is rather an old story, but when I came to Canada for the first time (more than 10 years ago), a Canadian newspaper (The Globe & Mail) had an article saying that “the Japanese people divide the season into 24 and cherish a sense of the transient nature of the seasons.” As I had to re-research the twenty four seasonal turning points of the old Japanese calendar at that time, it is rather doubtful that the younger generation is fully aware of these senses and terminologies.

The introduction has become long, but let’s get down to the main subject. As I mentioned, a sense of the season has been lost for people in the present day. This includes the selection of ingredients. It might be difficult to sense the season, because there are always the same ingredients available when you go shopping. However, people feel the joy of fresh greenery and eating Sakuramochi (sweet pink-coloured rice cake) in the spring, and if it becomes hot, enjoy the fresh breeze by eating cold noodles. It is also true that our predecessors’ wisdom and sense of the seasons have been passed down through generations.

I have had a small vegetable garden in our backyard for the past few years. Since I began this home garden, I became more sensitive to changes and transient nature of the seasons. This year, I planted edamame, eggplant, and perilla. I enjoyed and felt happy when it came to taste the firstlings (the first agricultural produce or animal offspring of a season), which is called “Hashiri” in Japanese, but their flavours are generally poor.

Availabilities of ingredients move through phases of “Hashiri – firstlings”, “Sakari – prime”, and “Nagori – remnants” along with the day-to-day seasonal transition. Through home gardening, I have re-recognized that the flavour of the ingredients also changes. While feeling the transience of the season, isn’t it a lot of fun to go for a walk?

The same goes for daily grocery shopping. It might be difficult in a major supermarket, but how about taking time and going to small supermarkets? My favourite Italian supermarket has chestnuts and persimmons in the fall. In spring, broad beans will appear. Food in Toronto is generally poor in terms of providing a sense of season, but if you take a closer look, you’ll be surprised to find something cherishable. 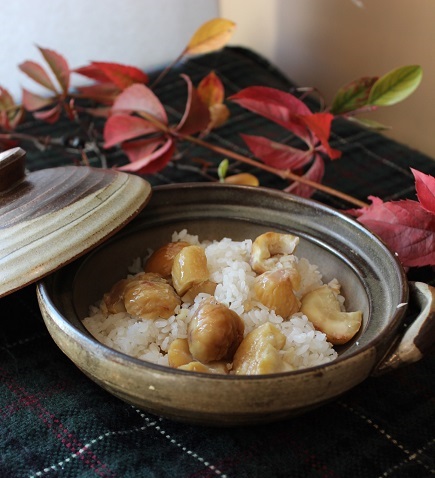 Eating things in season also means going along with the law of the nature. For example, when it transitions to a cold season, root vegetables gain their flavour. In Oriental medicine, root vegetables are regarded as a food to warm the body. This is also a wisdom inherited from our ancestors.

How about picking up some leaves or branches on the way from shopping or work? Just simply setting these items on the dining table or in a room will change the atmosphere rather nicely. I believe this will stimulate the DNA of Japanese people with a sense of 24 seasons of the year and echo through his or her body and heart. Please try and enjoy these tips.