* This is a translation of  “Changes to fees in Ontario courts”  published in May 2019, produced in English by CLEO (Community Legal Education Ontario). Japanese Social Services is wholly responsible for the accuracy of this translation, produced with permission of CLEO.

On April 1, 2019, fees that people pay to use Ontario’s courts went up. Some increases are as small as $1. But some are much larger, even double what they were.
This month’s On the Radar outlines some of these increases and what people can do if they can’t afford the fees.

Types of court cases that are affected

The fee increases apply to cases in 3 types of courts:

Many legal issues in Ontario are dealt with by tribunals instead of courts. Tribunals were not affected by the April 1 increases.
Each tribunal has its own fees. For example, the Landlord and Tenant Board charges $50 for most tenant applications. The Social Benefits Tribunal and the Human Rights Tribunal of Ontario don’t charge fees.
But appealing a tribunal decision often means going to court. So those appeals are affected by the April 1 changes.

Some of the new court fees

Legal cases usually have several different steps. And courts have fees for most of these steps.
Most court fees are listed in regulations to the Administration of Justice Act.
Here are some examples, showing the old and new amounts:

If someone can’t afford the fee

People with low incomes can get a “fee waiver” which means they don’t have to pay any of the fees related to that case. There are 3 ways to qualify for a waiver.

1. Income and assets levels
People with income and assets below a certain amount can qualify for fee waivers. When the fees went up on April 1, these amounts went up too. This means that more people can now qualify for fee waivers.
The income level to qualify depends on the number of people in the household.
For a single person, their yearly income must be no more than $32,000.
For a household with 2 people, the cutoff is $46,800. For 3 people, it’s $54,000, for 4 people it’s $64,800, and for 5 or more it’s $75,600.
But even if someone has a low income, they might have too many assets to qualify for a waiver.
For any size of household, the highest “net worth” they can have and still qualify is $10,500. Net worth is what would be left if everything they own is sold off and all their debts are paid.
The most a household can have in “liquid assets” and still qualify is $2,600. Liquid assets are money and things that can easily be converted into money.

2. Legal aid
If someone’s been approved for help with their case from Legal Aid Ontario or a community legal clinic, they automatically qualify for a fee waiver. They don’t have to meet the income and assets limits.

3. Source of income
People also automatically qualify for a fee waiver if their household’s main source of income is one or more of the following:

How to ask for a fee waiver

If someone thinks that they might qualify in any of the 3 ways listed above, they can fill out a Fee Waiver Request to Clerk, Registrar or Sheriff and give it to the court office. If they qualify, they’ll get a certificate they can show court staff whenever they’re supposed to pay fees in the same court case.
If someone does not qualify, they can ask a judge to waive the fee. They must fill out a Fee Waiver Request to Court.
It’s important to do this as early as possible. If someone gets a fee waiver, they won’t get back any fees that they already paid. 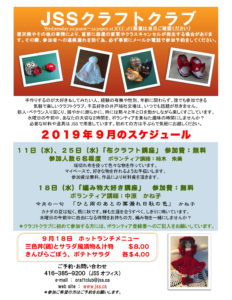