This is a translation of  “Changes coming for Ontario workers”  published in July 2017, produced in English by CLEO (Community Legal Education Ontario). Japanese Social Services is wholly responsible for the accuracy of this translation, produced with permission of CLEO.

Following the release of Ontario’s Changing Workplaces Review report, the government moved quickly to propose changes to the Employment Standards Act.
This month’s On the Radar talks about these changes and how they could affect workers’ rights.
There’s more detailed information about workers’ rights on the Steps to Justice website. And there are links to this information throughout.

Bill 148, Fair Workplaces, Better Jobs Act, 2017proposes changes to the rules in Ontario’s Employment Standards Act (ESA). The ESA has minimum rules that employers must follow. It applies to most workers in Ontario.
The changes would come into effect if the Bill becomes law. The government is asking people to say what they think about the Bill before Ontario’s Legislative Assembly votes on it.

Putting an end to “misclassifying” workers

In most jobs, workers have the right to get a public holiday off with holiday pay.
The rules for figuring out holiday pay are complicated.
New rules would make this easier, which could help workers get what they’re owed.

Workers can take up to 10 days off in each year as “personal emergency leave”.
But to get this they must work for a company that regularly employs at least 50 workers. And the ESA does not say that employers must pay workers who take this leave.
Bill 148 would give all workers who are covered by the ESA the right to take personal emergency leave. And employers would have to pay for 2 of those days.

Claiming rights as a worker

These are just some of the changes to the ESA that Bill 148 proposes. The Bill is not yet law and what it says could change before it becomes law.
But advocates for workers are hopeful that the changes we’ve highlighted here will take effect.

If workers are having problems with their employer, they can contact a community legal clinic or an organization that deals with workers’ rights.

What happens when someone on ODSP gets a medical review date 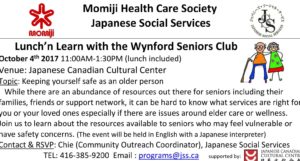