Skip to the content Skip to the Navigation
JSS Newsletter Vol. 3 No. 4 November 2015 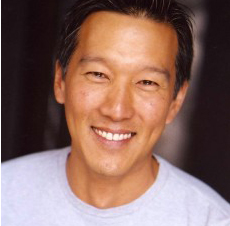 Our counsellors reported that they have become busy recently with several cases involving dementia and Alzheimer’s. Given our community’s aging population, a rise in the number of cases involving seniors with either of these illnesses is to be expected.
However we are a small organization and although our staff know how to deal with dementia and Alzheimer’s, attending to these cases do take up a lot of time. In my lay experience, the difficult part in dealing with these individuals is not that they lose more and more of their memory, it is the extreme paranoia and distrust that grows as the illness progresses. Extreme fits of anger and sometimes violence are not uncommon.
As you can imagine, our counselling staff have to use all of their skills and training in dealing with individuals suffering from dementia or Alzheimer’s. First I should caution that these individuals are not crazy or should be subject to some negative label. Like everyone else they have rights and merit respect and dignity even if their hold on reality may be rapidly disappearing. Therefore our staff must take the time to listen even though the client may ask the same questions or talk about the same things over and over again.
We do not turn people away or tell them not to bother us or refer them to others just for convenience. JSS is a professional counselling service and is often the last resort for many in the Japanese-speaking community, who as they age, find themselves becoming more and more isolated in a place where Japanese is becoming less and less spoken with each passing year.
The cases take a lot of time but as I have said before these cases like so many others are why we are here.
*     *     *
The second thing I wanted to report on is our fundraising activity.   We are just finishing collecting for our second largest fundraiser, the Scotiabank Waterfront Marathon and Half Marathon, which took place on October 18.
I have to thank Mrs. Junko Yamamoto, our fundraising chair, for spearheading the effort to collect sponsors and donors as well as Anthony Liliefeldt who designed the posters and advertising materials. Our counselling and community outreach staff, Takanori Kuge, Junko Mifune and Chie Takano Reeves and I ran and/or walked the race. We were also joined by Raymond Barall and my father Sid Ikeda who both walked the 5 km race. I can’t tell you how touched I was when Raymond-san called me using my father’s cell to say he was walking for JSS and wanted to raise some money. He even went to the Toronto Buddhist Church after the race and made a presentation to the congregation. And he was only one of many people and groups in our community who spontaneously took up collections or donated money.
If you have not yet made a donation for the Marathon event I encourage you to do so. Last year we raised over 6,000 dollars or double June-san’s goal. She hopes to beat the last year’s total. I hope you can help her.
In closing, I have to thank two groups of donors. Mr. Mits Ito and his sons made a very large donation of $22,000 through the Salden and Hyland Foundations as well as personal cheques for Toke Suyama’s Toronto Challenge Drive held in June.
The second group is Shokokai. On July 28 the major Japanese business association presented Junko Yamamoto and Counsellor Takanori Kuge with a cheque for $9,450 or roughly double their last year’s contribution. We humbly acknowledge that these huge increases in donations cannot be expected every year. But the support of the Ito family and Shokokai as well as the many donations from so many members of our small community give us the motivation to continue doing the work we do. On behalf of the staff, board, volunteers and clients, thank you from the bottom of our hearts.