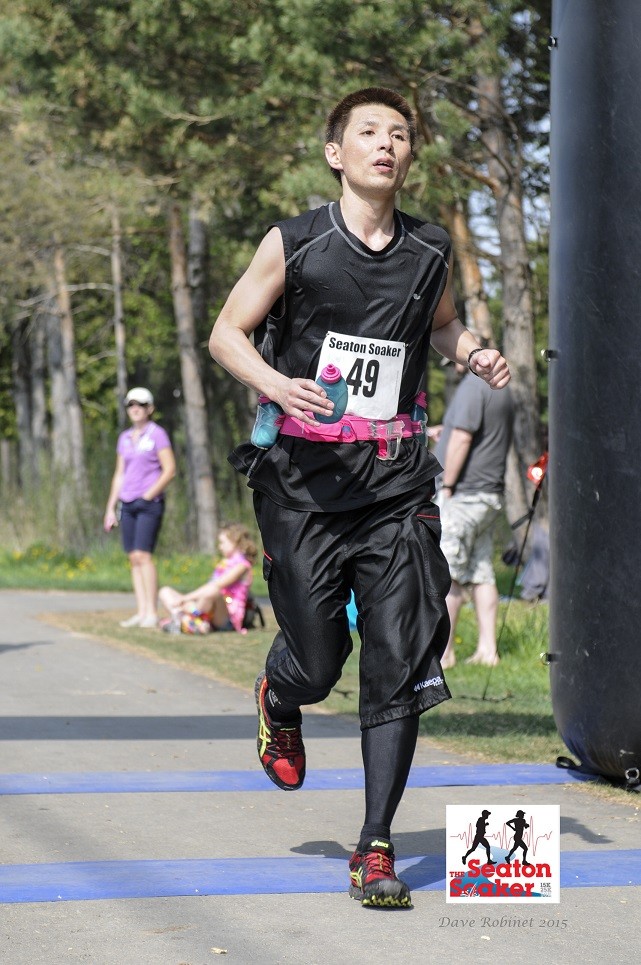 On July 18, 2015, I ran an 80km race called ‘The North Face Endurance Challenge — GORE TEX 50 MILE’ at the Blue Mountain Resort in Ontario. The course consisted mostly of mountain trails with many uphills and downhills including several ski slopes. This race features the trails with the most profound elevation gain in all of Ontario. Furthermore, this race is ranked as one of the hardest races held in the province.
My wife had enrolled me in this race as a birthday present. This was how the conversation went:
My wife: Wow! I found a very interesting race! I’ll sign you up for the race as a birthday present from me! It’s going to be an 80km race in the mountains!!
Me: Eighty-kilometre race in the mountains? A present for me? What???
I was not sure how serious my wife was, but found out that she was very serious about signing me up for this. Although I felt a quite a bit of hesitation and fear towards the race, I decided to join the race out of immense curiosity.
After two and a half hours of driving in the late hours of the night, I arrived at the Blue Mountain Resort around four o’clock in the morning. The participants of the race started gathering around the starting area. There were approximately 130 participants in this crazy race. Most of them seemed to be men in their 30s and 40s, but there were about 20 to 30 female runners. Just before dawn at 5 a.m. sharp, the race began.
Since I knew for certain that it would take more than 10 hours to finish the race, I ran at a reasonable pace in the early stage of the race. Nevertheless, I started feeling pain and fatigue in specific parts of my body such as my right knee and lower back, which bothered me quite a bit while running. By the time I passed the 40km point, there was no part of my body that did not have severe pain and fatigue. The pain and fatigue in every inch of my body made me numb, which means, in a sense, there was no identifiable pain. It was interesting that I could run very smoothly from 40km point to the 55km point.
After passing the halfway point, I experienced three serious injuries: