Skip to the content Skip to the Navigation
JSS Newsletter Vol.9 No.1 March 2021

By Takanori Kuge
JSS has been providing counselling services to clients for almost three decades. Being the only available counselling and social work agency where services are offered in both English and Japanese in GTA or in Ontario, the issues that are brought forward for consultation, understandably, extend to all areas of human endeavour. In other words, for instance, JSS is not at liberty to simply send a client with landlord-tenant problem, for example, to the mainstream housing tribunal to be dealt with. JSS usually needs to continue to support such clients throughout the process because of language and frequently, cultural difficulties experienced by our clients in such situations.
It is also quite common for clients to have multiple concerns. For example, a client seeking assistance with her child’s management may also have marital difficulties as well as depression. It is noted that about half of our ongoing cases at the present time are those of clients coping with some degree of depression while at the same time making attempts to deal with their other concerns.
Depression is now recognized as a medical disorder which is totally different from the general ups and downs of mood. It is caused by a chemical imbalance in the brain. Major depression, also known as clinical depression is the most acute form of depressive illnesses. Such cases, when they come to our attention are usually referred to the family doctor for further referral to a psychiatrist who would be responsible for treatment, mainly with medication. Unfortunately, there is no Japanese-speaking psychiatrist to whom referrals can be made and, in some cases, it is again the role of JSS to provide support and interpretation services for such clients. It is noted that we also have clients who have neither a family doctor nor OHIP coverage which complicates the matter even further.
Many of our new-comer clients were generally self-sufficient while living in Japan working and/or studying diligently. Once in Canada, some of them suffer adjustment difficulties such as being overwhelmed by their inability to communicate their views and thoughts adequately in English, or being confused by unfamiliar cultural practices. Helplessness, frustration and depression begin to set in. With those who are less depressed, focusing on their presenting problems and enabling them to deal adequately with the issues, sometimes alleviate their depression. An example would be a mother who felt misunderstood and ignored by the teacher of her daughter in kindergarten. It was suggested that she volunteer as a teacher’s aid in the school so that she would not only have access to the teacher in question but also have the opportunity to practice English and familiarize herself with the daughter’s school environment, which is so different from the one she herself grew up in. She carried out the plan with satisfactory results. Or, in this case, just simply and directly communicating with the teacher with some support from JSS could resolve the misunderstanding between the teacher and her and the cause of the stress.
In some cases, the clients’ sense of self-worth is so damaged that assisting them to regain self-confidence becomes the issue. Such clients often become dependent on the counsellor during the initial period before they are able to show motivation and initiative in dealing with their issues. Contacts with such clients often takes a lot of time, but by the same token, it is extremely rewarding to see positive results.
Counselling constitutes an important part of the services provided by JSS. Working with clients so that they are able to achieve their optimum level of functioning might sound too lofty and overly idealistic. However, this is our very goal and mission for which it is well worth striving as living with issues related to mental health is distressing and challenging for any one.
As anyone has been under a fatigue from living in a new life with the pandemic of COVID 19, it has been difficult for us to maintain a good mental health. It is important for each of us to make efforts to avoid isolation by connecting with our family and friends via phone and/or the Internet, to do exercise such as walking and yoga, as well as to enjoy doing what you like. 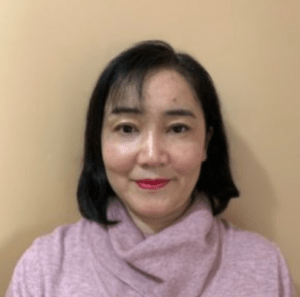 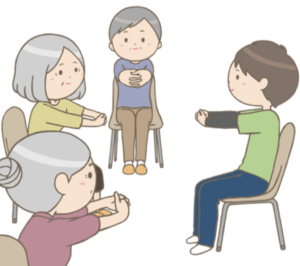